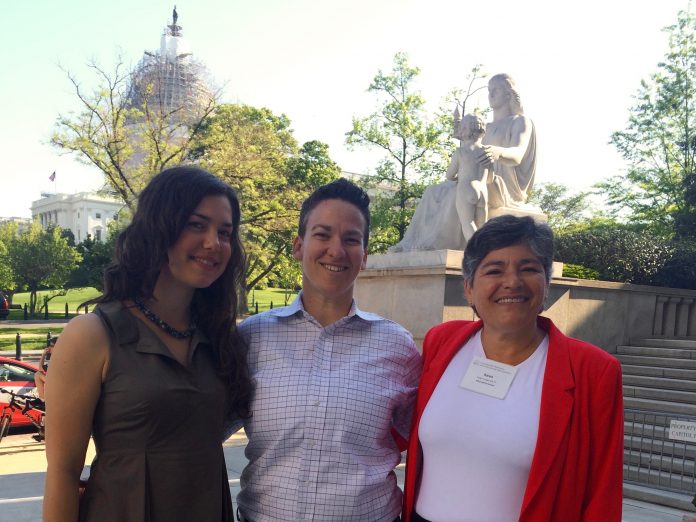 In May, Naturopathic Doctor Marcy Feibelman and I ventured to the country’s capital to converge with other naturopathic advocates from all over the US- both students and doctors- to actively support the inclusion of naturopathic medicine in healthcare, at both the state and national level. The conference, called the D.C. FLI (Federal Legislative Initiative) is organized by the American Association of Naturopathic Physicians every year. With growing numbers of Naturopathic Physicians and an increasing demand for natural medicine in healthcare, the event brings advocates together to create real, widespread changes in the health policy.

Naturopathic Doctors are highly trained and educated- they attend accredited naturopathic medical schools, with core training comparable to medical doctors, and specialized training in natural modalities, including botanical medicine, lifestyle counseling, nutrition, exercise, and homeopathy. It is especially useful in the treatment of chronic conditions, pain management, as well as a complement to mainstream medicine (for example- herbal support combined with chemotherapy to combat cancer). What makes naturopathic medicine distinct from allopathic medicine is the holistic treatment approach. Patients are evaluated from a whole body perspective and steps are taken to address the ROOT of the cause. In most cases, mainstream medicine works to manage symptoms of disease, but often does not remedy the causative factor(s).

Thus, with the use of low-risk, natural remedies, naturopathic medicine aims to promote health, not just manage symptoms.

Proposed improvements to national legislation is the addition of naturopathic doctors in the medicare program, as well as providers for the Veteran’s Association.